GET IN TOUCH
Learn Why We're Better
ESTABLISHED
1998
LOCATED
Eastern Shore, VA
PHONE NO
757.442.7400
EMAIL ADDRESS
Fleetocs@gmail.com
Who We Are[/heading

We’re honored to be a part of the growing aquaculture industry in the US. Our small company represents a growing segment in the country’s seafood industry. Working on the water not only provides livelihoods for many local families, including jobs from traditional fishing and crabbing to the innovative process of farming clams and oysters, but the industry also benefits the environment. Aquafarming cultivates a natural, sustainable source of shellfish in controlled conditions that ultimately play an important role in replenishing the marine ecosystem of the Chesapeake Bay.

It’s our goal to continually improve and optimize our production practices while simultaneously preserving the environment in which we’re so lucky to farm. As culturists, it is our responsibility to follow the safest operating practices to ensure the longevity of the Eastern Shore environment and coastal community’s way of life for future generations. That is why we take voluntary measures to preserve water quality, reduce production impact on the environment and practice “good neighbor” efforts, respecting rights of others to appreciate and use the beautiful coastal waters of the Eastern Shore. 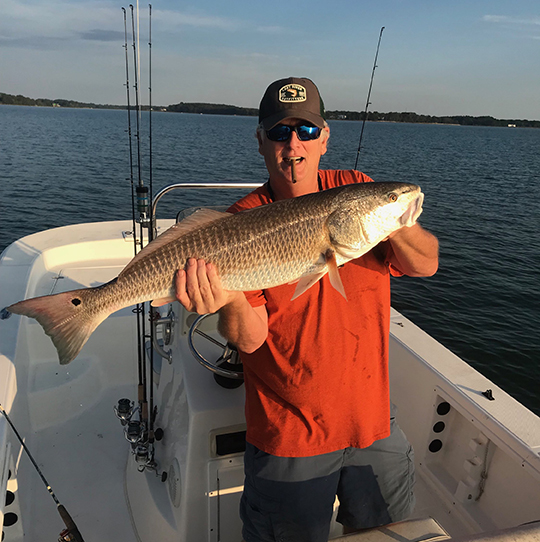 He was a very valiant man who first adventured on eating oysters.

Ocean Cove Seafood has been serving the East Coast since 1998. Based on the Eastern Shore of Virginia, our company plants, raises and harvests quality clams and oysters for wholesale directly from the pristine waters of the Chesapeake Bay.

As an experienced shellfish wholesaler, we’re committed to providing the freshest clams and oysters to distributors along the entire coast. Orders are harvest, graded and packaged by hand and shipped within 24 hours to provide the best product available to restaurants and seafood markets. When you order from us, you know you’re getting the best the Eastern Shore has to offer.

Our team only uses natural farming processes throughout the growth cycle. We hand pick all shellfish to minimize any negative environmental impacts and to maintain sustainable population levels, thus ensuring the highest quality while rebuilding the marine ecosystem.

Shellfish farming is extremely challenging labor. From spawn to harvest to sorting and processing, our hard working team keeps a steady hand on all operations to guarantee a superior product to all clients. It goes without saying that we put a lot of love toward raising the best the shore has to offer.

TASTE OF THE SHORE

Many believe farmed oysters taste better as wild oysters often lead a life of hardship, struggling for nutrients. Our shellfish are stuffed with a steady stream of food and placed in a comfortable, controlled environment where our unspoiled waters lend a clean, salty flavor to the final product.
6Diligent Laborers
40000Seed
20Hours Per Bed
25Months
The Process
First The Seed

The whole process begins once we get our hands on clam and oyster seed. These young shellfish are barely visible to the naked eye at less than 1mm in size. Because of their vulnerability to predators and natural elements, the shellfish begin their lives in plankton-rich tanks that circulate water to stimulate development. This “force-feeding” is essential to the growing process. Clams are spread across fine screens and left to grow while oysters must be washed and separated daily to prevent them from bonding together as they mature. If all goes accordingly, the oysters should double in volume every few days.

Out To The Bay

Once the seeds are large enough to thrive in a natural environment, they are taken out to Hungars Creek for further growth. After oysters reach about 4mm, we place them in growing bags and inside cages on elevated racks in the shallow coastal waters. Since clams live in the substrate (underwater sediment layer), their seeds must reach at least 12mm before they can be planted and covered in mesh netting for protection. The bags and netting keep predators out and allow in nutrients to reach the shellfish. Proper nutrition means rapid growth in the first few months.
Out To The Bay
Growth

Our oysters are grown in the protected waters of Hungars Creek located in Northhampton County, a place known and respected for the flavor of our fresh waters. The ever-changing tides provide a constant flow of algae and minerals, which these creatures rely heavily on for essential growth. We turn oysters regularly and divide them into gauge bags to control size and shape. The bags are flipped, brushed clean and rotated weekly to maintain cleanliness and uniformity. We raise clams on the Chesapeake Bay and on the Seaside of the Eastern Shore to provide the best of both waters. Once clam seeds are covered, we anchor the mesh netting with gravel bags and often check the beds for any disturbances. We let nature take over and allow the clams to grow for 12 to 18 months until they are plump and ready for harvest.

When it comes time to harvest, sometime around mid-October, we clean, sort by size and pack for shipping. Grading our product is probably one of the most time-consumer, yet most important, steps. Taking our time on this to-do ensures our oysters are of great quality and fresh! Our clams are harvested using low-impact hand dredges and we hand grade, pack and ship that same day. This hands-on approach and fast turnaround allows us to provide fresh clams along the entire East Coast.
Harvest
End
40%Little Neck Clams
40%Middle Neck Clams
20%Oysters
Early American settlers marveled at the vibrant marine life of the Chesapeake Bay, describing crystal clear waters, underwater mountains of oysters and schools of fish so massive that passing sailors would catch them with pots and pans. Oysters were so abundant that early maps recorded reef locations to help ships navigate around banks of oysters that reached as high as the water’s surface. Researchers estimate that the pre-colonial oyster population could filter the entire Chesapeake Bay in about 3 days. By 1988, that time had increased to over 325 days.

Over-harvesting, disease and habitat loss has depleted 99.7% of the Chesapeake Bay’s oyster population since the 1800’s. By the 1970’s, the Bay had turned dark and contained one of the planet’s first identified “marine dead zones” where water had become so depleted of oxygen that it could no longer support life. But things are beginning to turn around.

Recent government initiatives and nonprofit groups like the Chesapeake Bay Foundation alongside the rise of sustainable aquaculture practices are working together to restore the vital shellfish population and to revitalize the Chesapeake Bay.

Ocean Cove Seafood is committed to this effort and we’re proud to provide products that taste great, contribute to the local economy and help restore the environment for years to come.

We purchase millions of clam and oyster seed each year and raise them in nursery beds for several months until they are large enough to continue growing in their natural habitat. Farming clams and oysters provides a natural, sustainable source of shellfish that play an important role in replenishing the marine ecosystem. Clams and oysters act as natural water filters, feeding on potentially harmful plankton, phosphates, nitrogen compounds and other organic matter. A single oyster can filter up to 50 gallons of water per day. Known as “ecosystem engineers,” shellfish can create and support entire ecosystems and their absence can have devastating effects.

For example, shellfish filter out pollutants and particles that cloud water, allowing more sunlight to reach the sub-aquatic bottom. Additional sunlight spurs the growth of primary producers like grasses and other underwater vegetation that serve as a food source for small herbivores like fish, shrimp, and snails. These animals clean the water further and support larger predators, forming a food chain and foundation for a flourishing ecosystem.

Our team is proud to distribute these salty, sweet gems to Virginia Beach locals during Thanksgiving and Christmas. We tend to make holidays that much brighter with Ocean Cove's help. Come see us next year by Taste Unlimited to grab your holiday contribution!